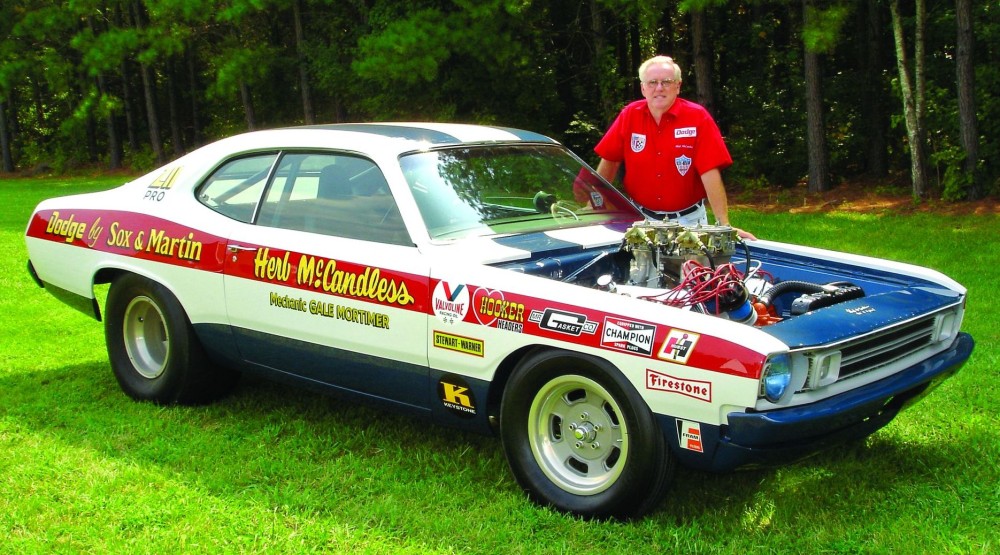 Mike’s father is the legendary racer Herb McCandless, Sr., who started drag racing in 1959 at the age of 16.  He was immediately hooked and “Mr. 4 Speed” was born.  Herb earned the nickname because of his ability to shift a manual transmission while making it sound as smooth as an automatic.  Herb is from an era of racing where the racer was the engine builder, mechanic, truck driver and race car driver all rolled in to one.

His son’s passion for vintage Mopars was passed down from his father and is now a shared hobby between the two.  Many of the cars in this collection receive proper care and maintenance by Herb himself.  So much for retirement!  In his spare time, he travels, does freelance writing, and makes public appearances.  You might run into Herb anywhere, from a Saturday night cruise-in to the NHRA US Nationals.

1970 – Won the first ever NHRA Pro Stock Eliminator at the US Nationals in Indianapolis, IN

2017 – Recipient of the Mopar President’s Award in recognition of his excellence in racing, service as a Mopar brand ambassador and loyal commitment to the Mopar brand