Dodge was clearly looking to end the decade with a bang when it launched its 1959 models on October 10, 1958. The big fins from ‘57 and ’58 were back but with slightly different profiles. The eyebrows over the headlights were larger and more pronounced than past models. Overall, the cars projected a longer, lower and wider look.

The Custom Royals were back as the top dogs in the Dodge lineup, and they were loaded. Outside, the cars were slathered in chrome, from the full-length bodyside moldings to the shiny fin edges, to the huge big-mouth grille and twin-headlight arrangement. The interiors were no less ornate. The huge steering wheel featured a thick horn ring. Engine-turned plating surrounded the flashy gauges, and cloth inserts jazzed up the upholstery.

The big Custom Royals would never be confused with drag racers or even economy cars, but they were some of the best performing cars on the road in 1959. All of the Dodges from 1959 had Torsion-Air front suspension and rear leaf springs. The convertibles had an X-brace to support the five cross members and boxed frame. The cars rode on a 122-inch wheelbase and the convertibles weighed in at 3,372 lbs. The droptops carried a base price of $3,372 before checking any of the numerous boxes on the option sheet. In addition to the more potent engines, popular options included swivel bucket seats, power seats, push-button radio, air condition, electric clock and dual exhaust. Very few 1959 Dodge Convertibles have survived with most being restored as D500/Super D500 clones. 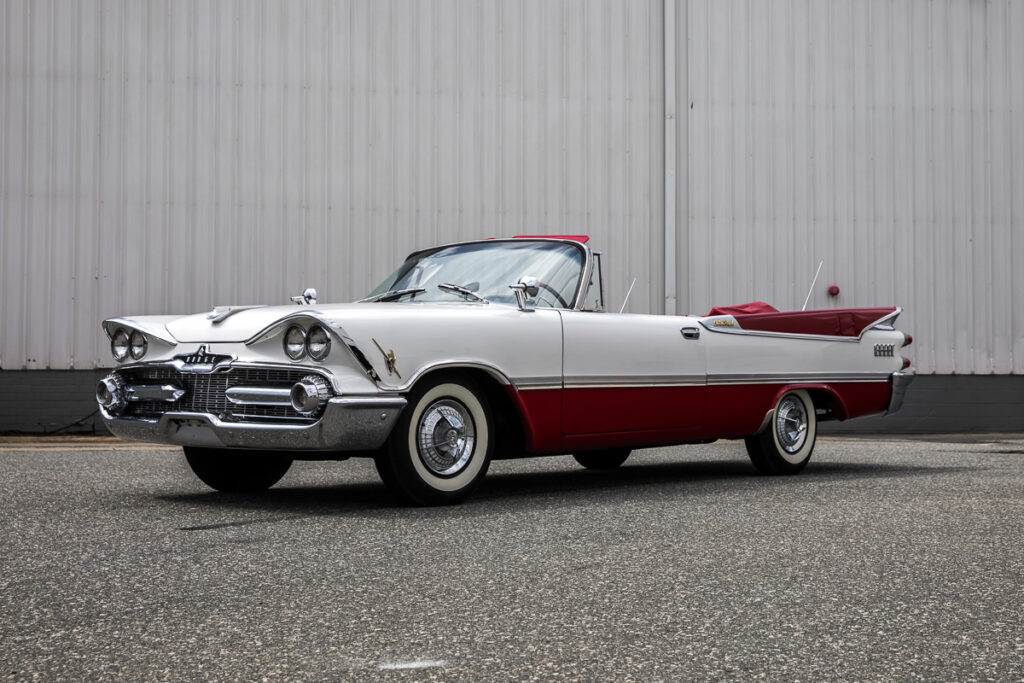 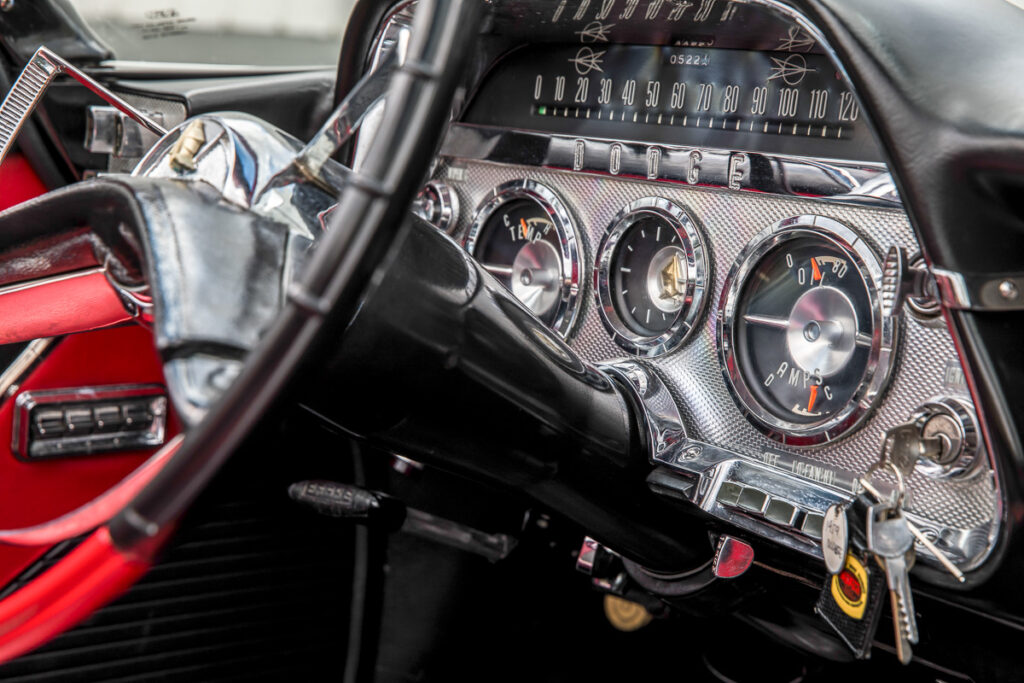 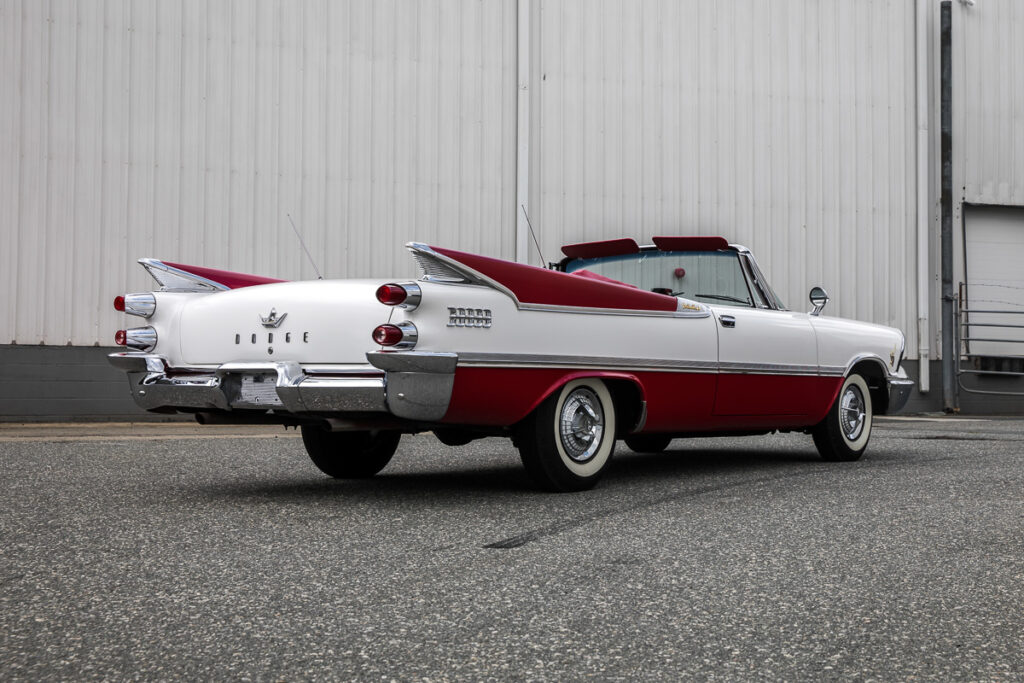